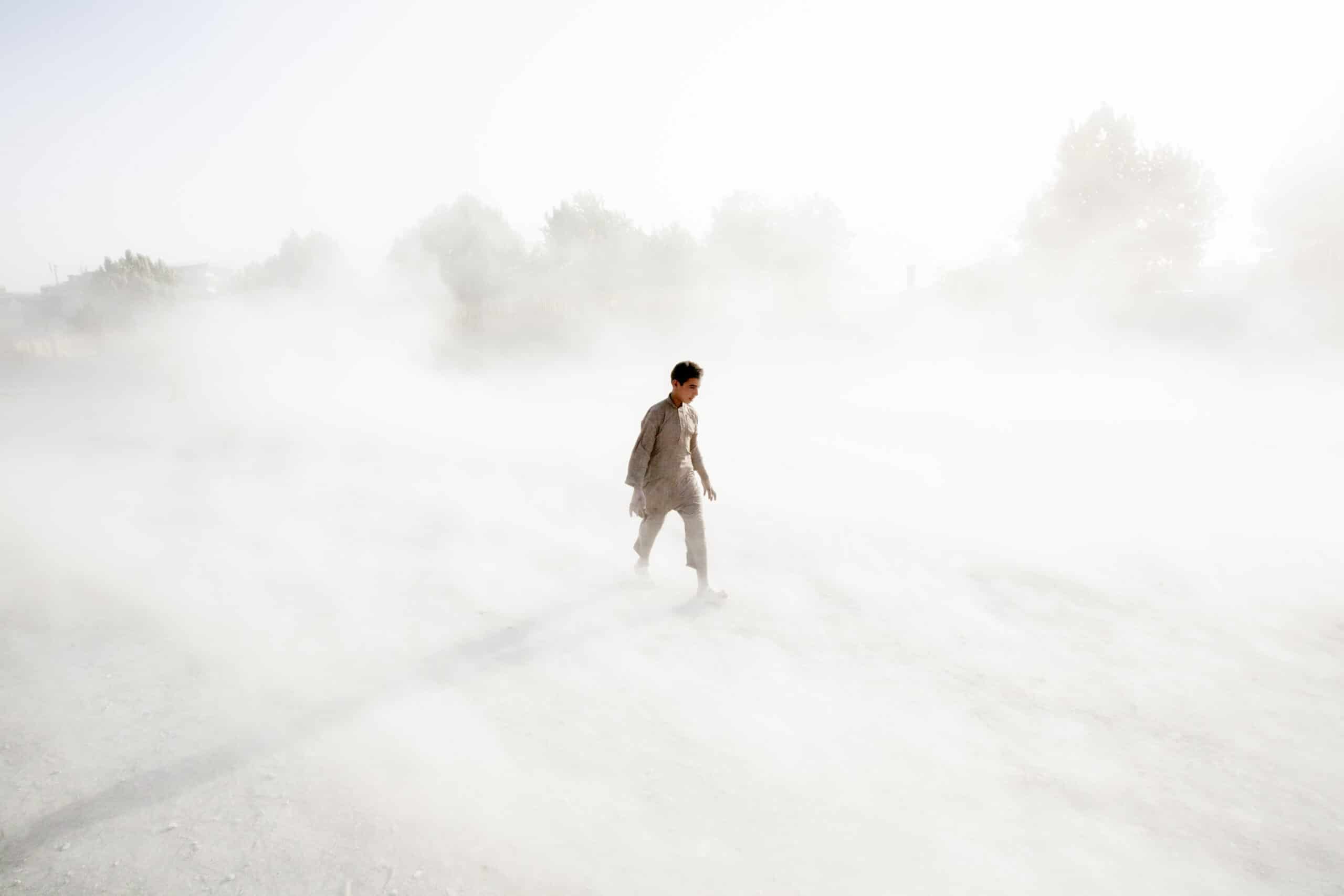 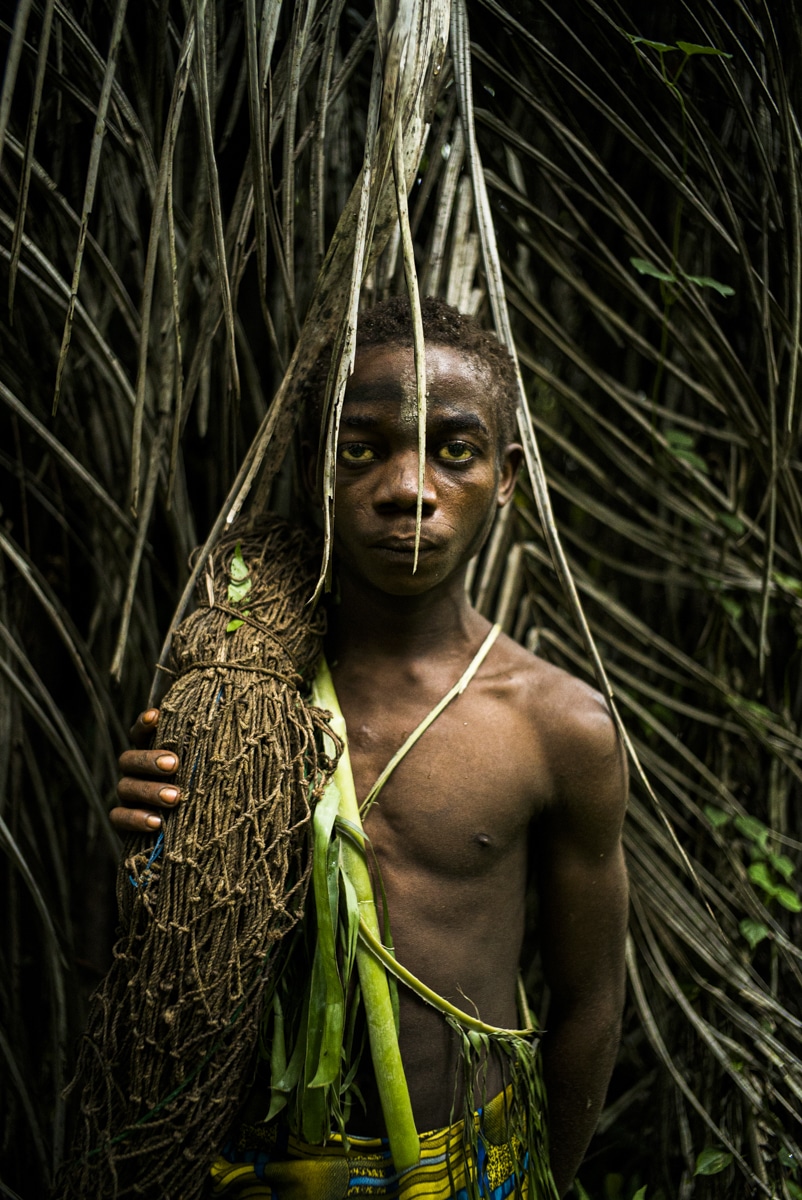 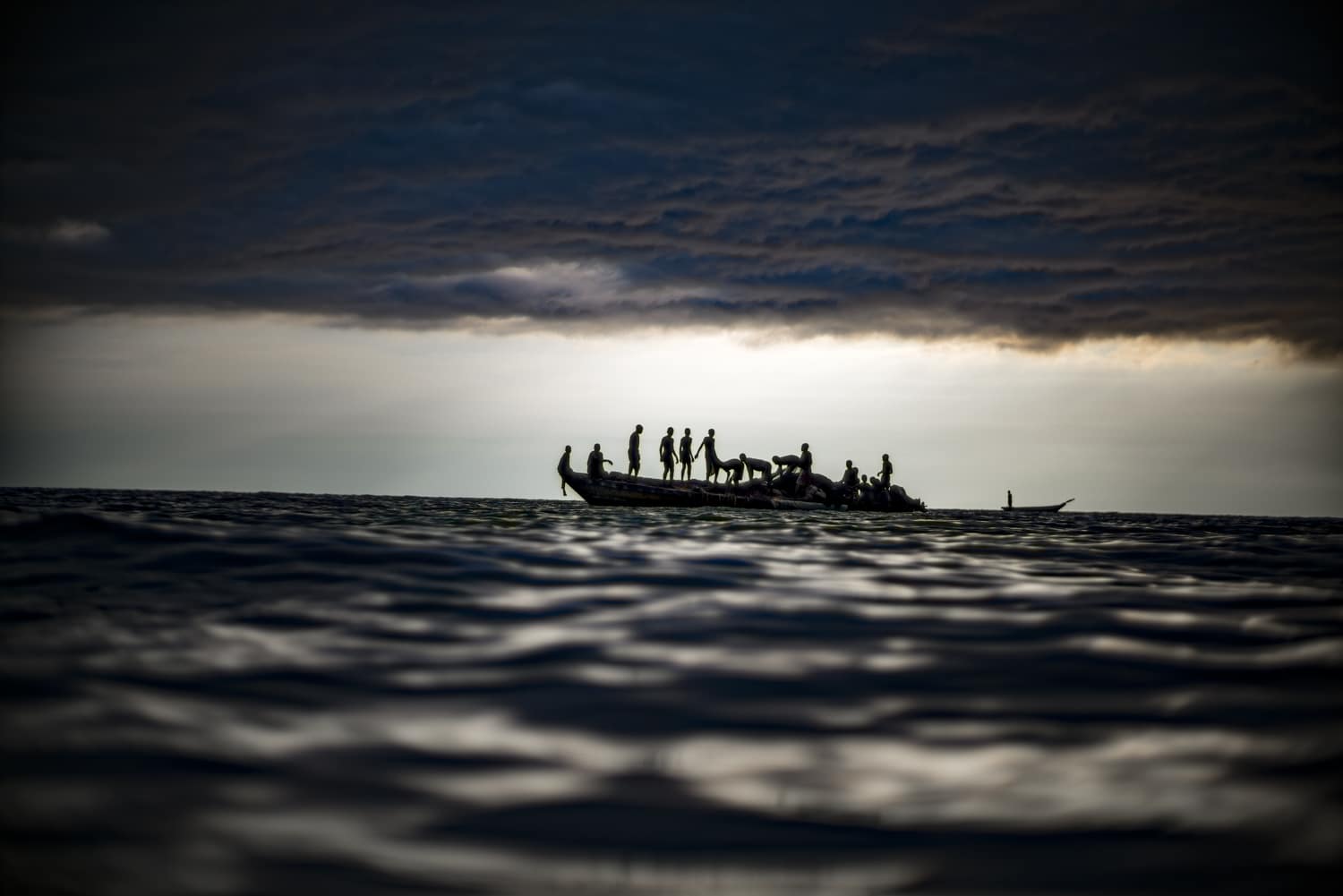 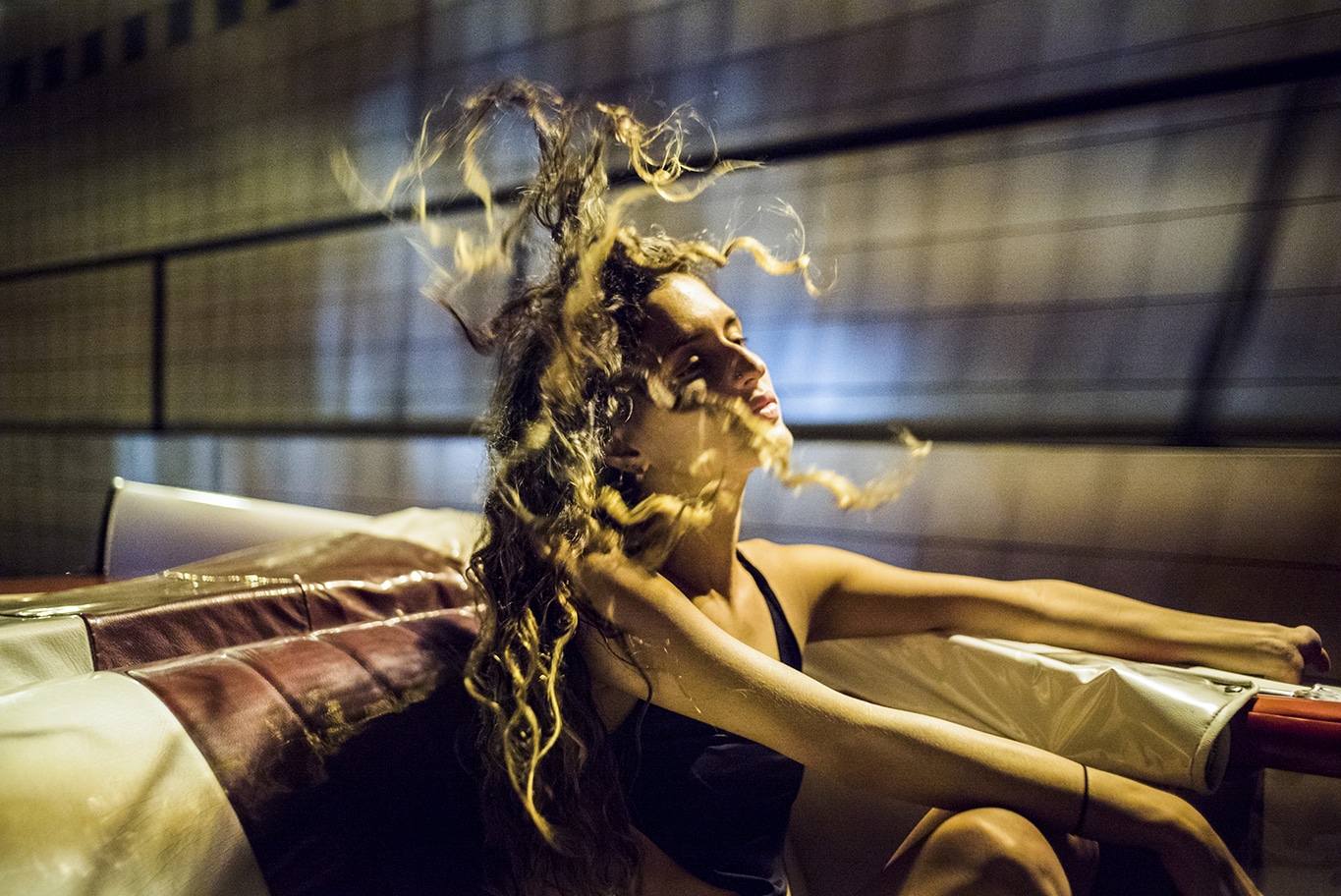 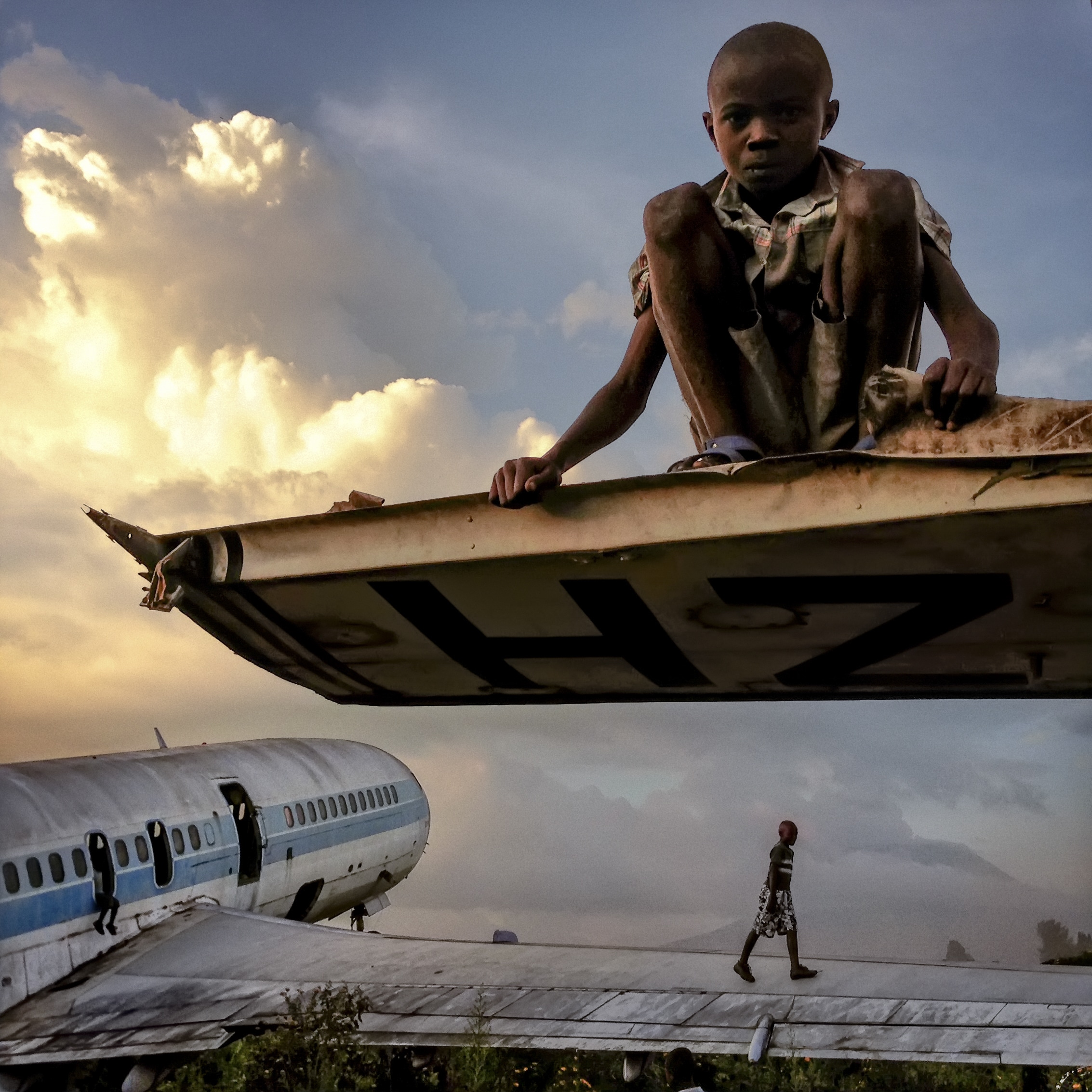 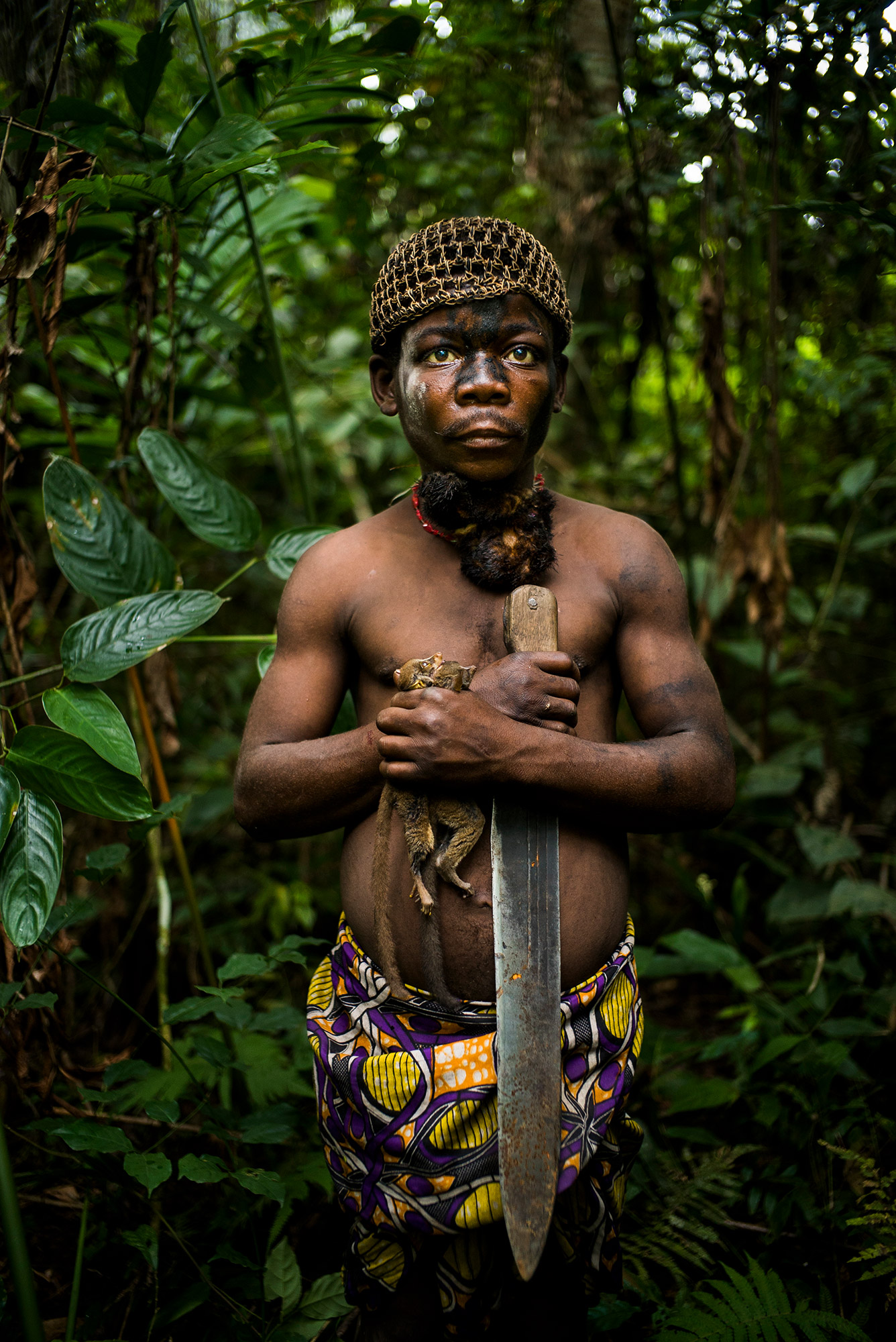 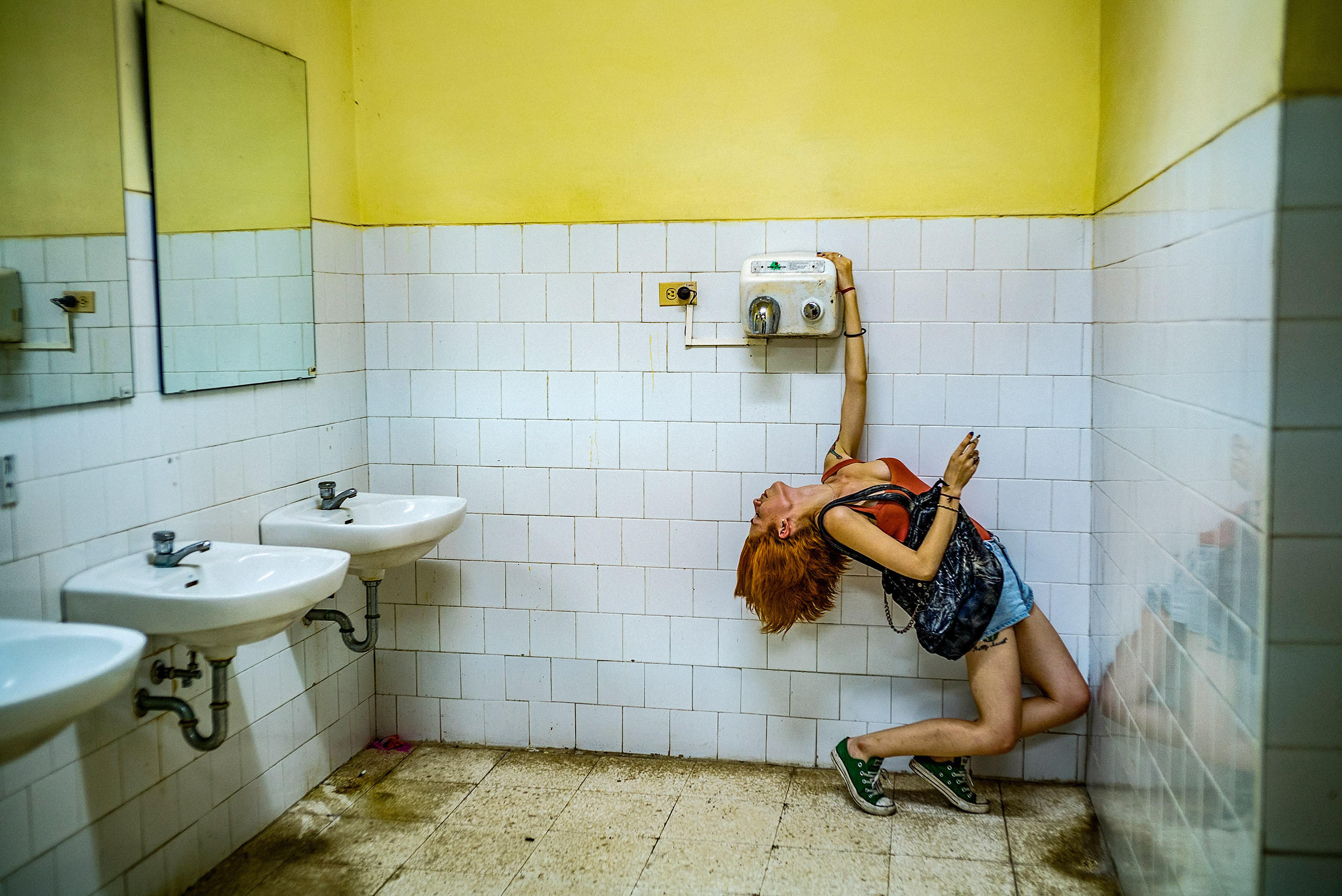 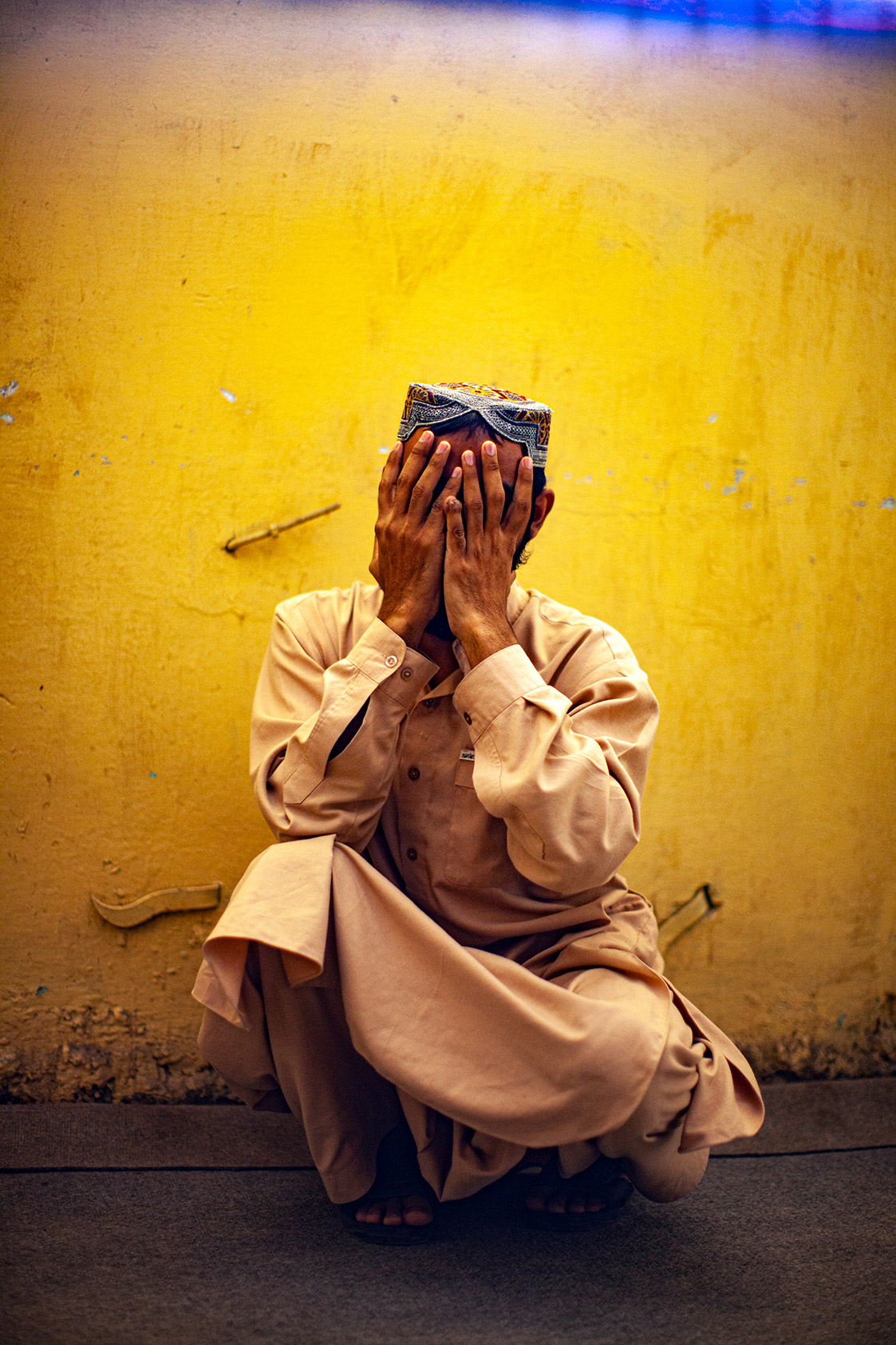 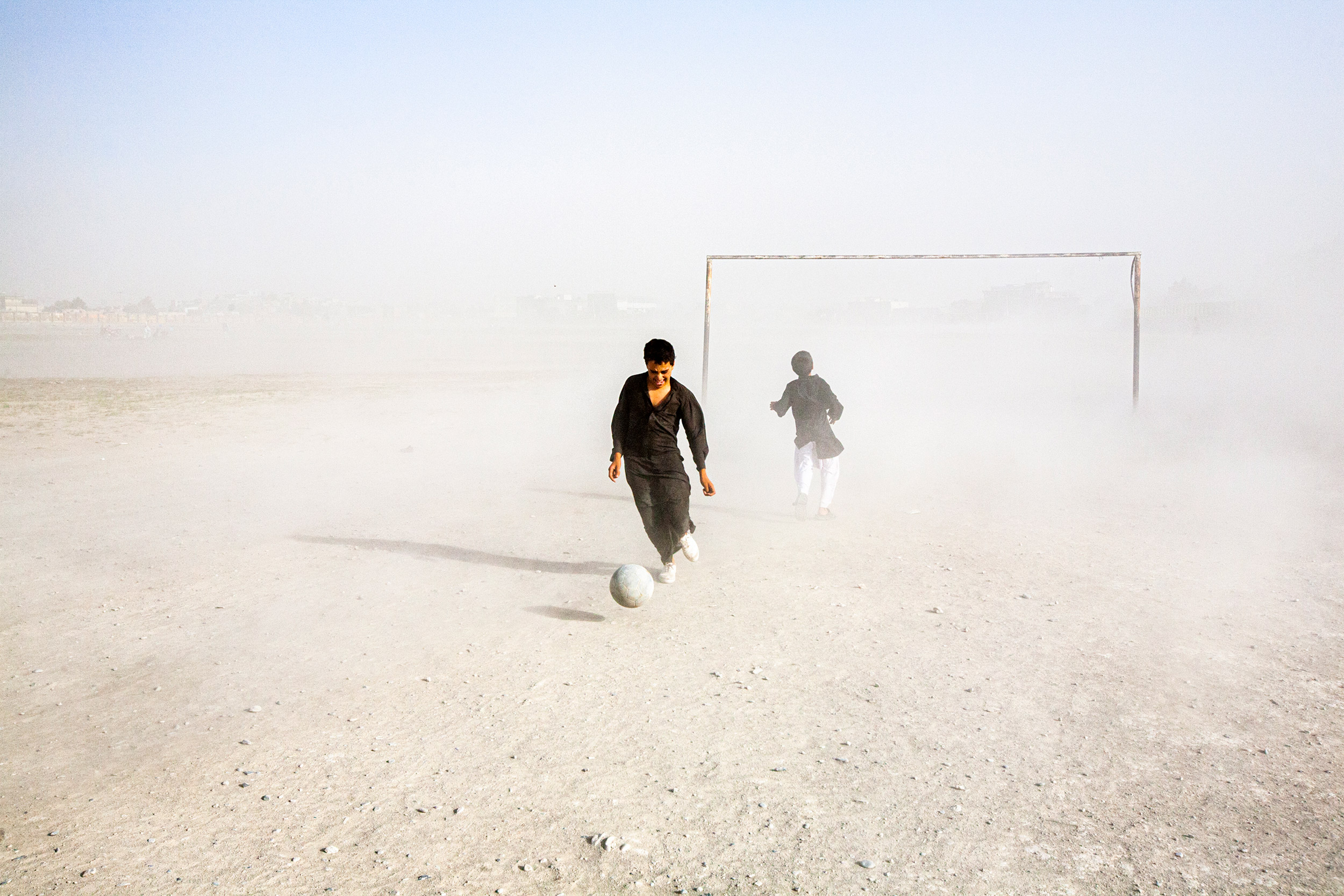 MCB became known for his documentation of the 2011 Libyan Civil War and the resulting monograph, Libyan Sugar. With over 500k Instagram followers, MCB has exhibited at the Brooklyn Museum, The Museum of Fine Arts Houston, the Musee De L’Homme and others. He has been a photographer at National Geographic since 2005, is a former associate photographer at Magnum Photos and was the main character in the Michael Mann directed HBO documentary series Witness: Libya.

The Forest People  |  View on OpenSea

The Mbuti, among the first inhabitants of central Africa, are an indigenous group in the D.R. Congo, with tens of thousands living mostly in the Ituri Rainforest. The Mbuti consider the forest a living entity: they refer to it as the providing “mother” or “father.” Traditionally hunter-gatherers, the entire community participates in obtaining food. Men do much of the hunting, often with bows and arrows, though women and children play a crucial role when net-hunting by herding prey toward the nets. Women and children also do much of the gathering. A non-violent and democratic people, the women generally have authority to resolve conflict within the group. Contact with rebel groups operating in the region, decreased hunting populations and other complications have resulted in many Mbuti relocating to refugee camps and Congolese Bantu villages, where they generally experience persecution. Photographed for @natgeo. This is the second collection (NEXUS II) of the NEXUS series.

A free country  |  View on OpenSea

We were born in a free country that our fathers gave us, and first our island will drown before we agree to be slaves for anybody. -Fidel Castro

Though Cuba may be a paradise for tourists and the Cuban elite, due to the dictatorship many Cubans struggle not only to survive in a country largely cut off from global society, but to be able to leave the island.

During Cuba’s Special Period, an extended period of economic crisis beginning In 1989 with the dissolution of the Soviet Union, there were severe shortages of resources that transformed Cuban society.

This work follows a group of youth through Havana as they, unable to receive visas in order to leave the island, escape the country through electronic music and substance. Driven to live life to the fullest, they are of a generation defined by the Special Period.

Collectors will also receive a book, to be published in 2022 by Twin Palms Publishers.

The Airport  |  View on OpenSea

This chronological collection (NEXUS I - the first in the NEXUS series) was created in 2012 in the Congo (D.R.C.). The imagery depicts Congolese exploring abandoned planes at Goma airport. I would often drive by and see the planes, now no longer there, which were inside a military installation. But during the M23 war, the Congolese military fled the city. So one afternoon, we drove past and saw some Congolese walking and playing on the airplanes. We made our way to the planes and spent two hours there, among my best memories from the D.R.C. The planes and all they represent (privilege, opportunity, freedom, etc) had become seemingly powerless. After millions of deaths in the deadliest conflict worldwide since World War II, the strength, spirit and resilience of the Congolese continues to shine through. Published and exhibited internationally, a portion of the proceeds from the sales of these NFTs will go to humanitarian organizations operating on the ground inside D.R.C.

The Glass House  |  View on OpenSea

The photographs in this chronological series were created in Kabul, Afghanistan, in 2009. I overheard a local refer to the city as a “Glass House,” meaning that although the capital was somewhat secure, perhaps due to the American military and its’ NATO allies, there was a risk of instability as the country was at war. A kind of fragility, that at any moment there may be an attack anywhere in the city. Indeed, while I was there car bombs were a reality, exploding in front of embassies and other public spaces on several occasions. Today, after two decades at war with America, the Taliban have resumed power and the future of the country hangs in the balance, with 70% of the populace under 25 years of age. A portion of the proceeds from these NFTs will go to aid organizations operating on the ground, such as Women for Afghan Women, M.S.F. and the I.C.R.C. (Note: Seven photographs were burned from the initial collection due to challenging content. #32 was sold at nft.rally.io. )