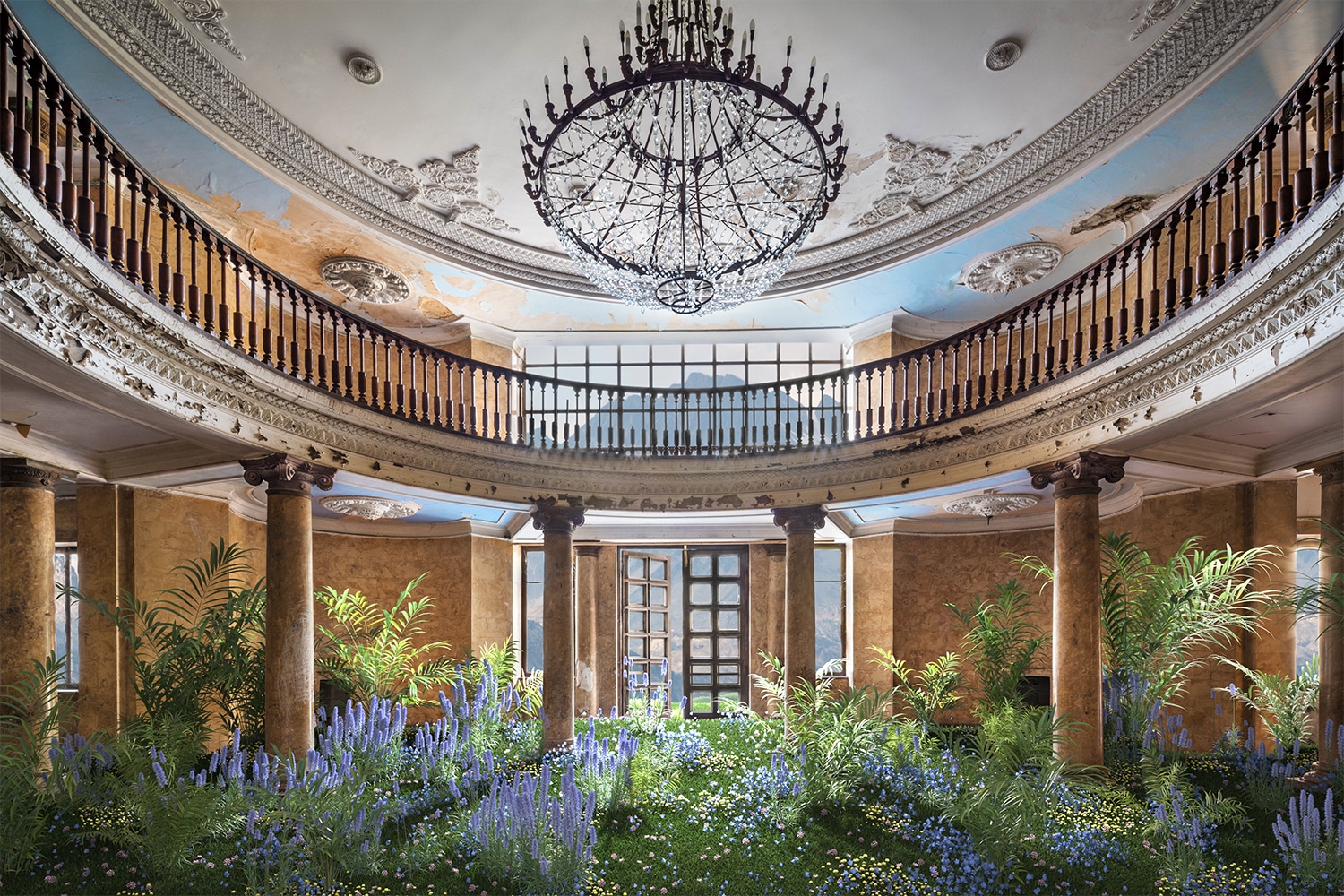 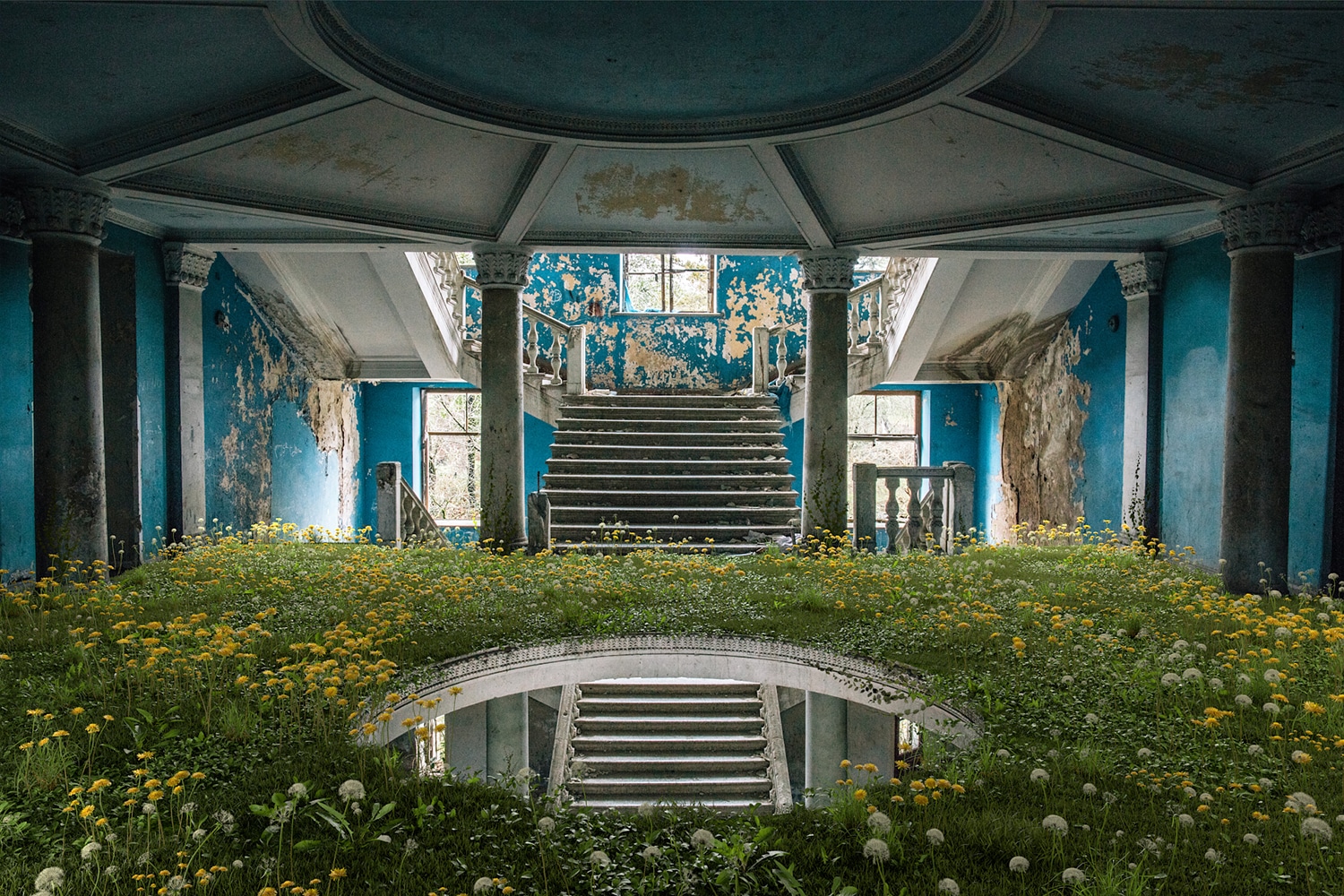 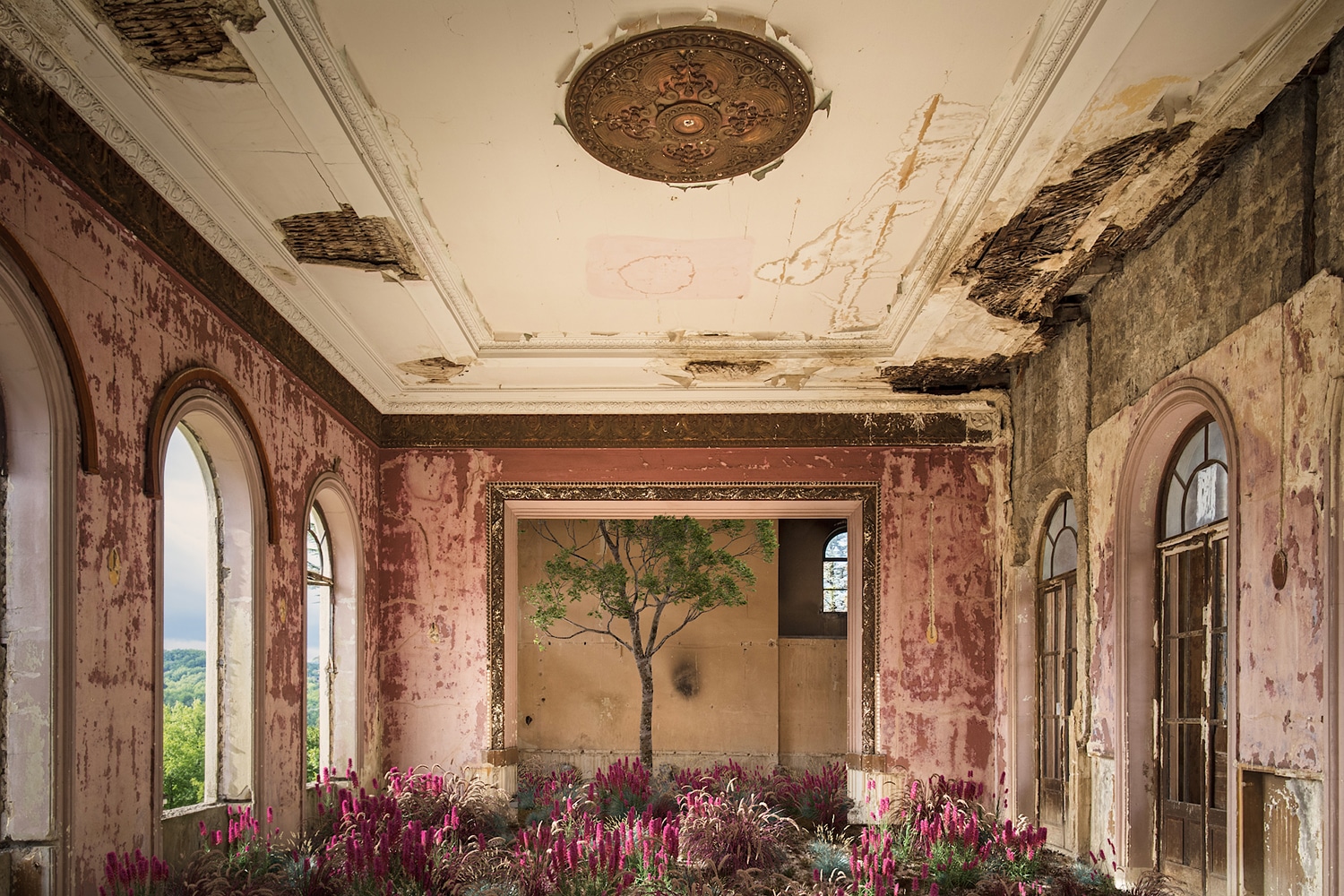 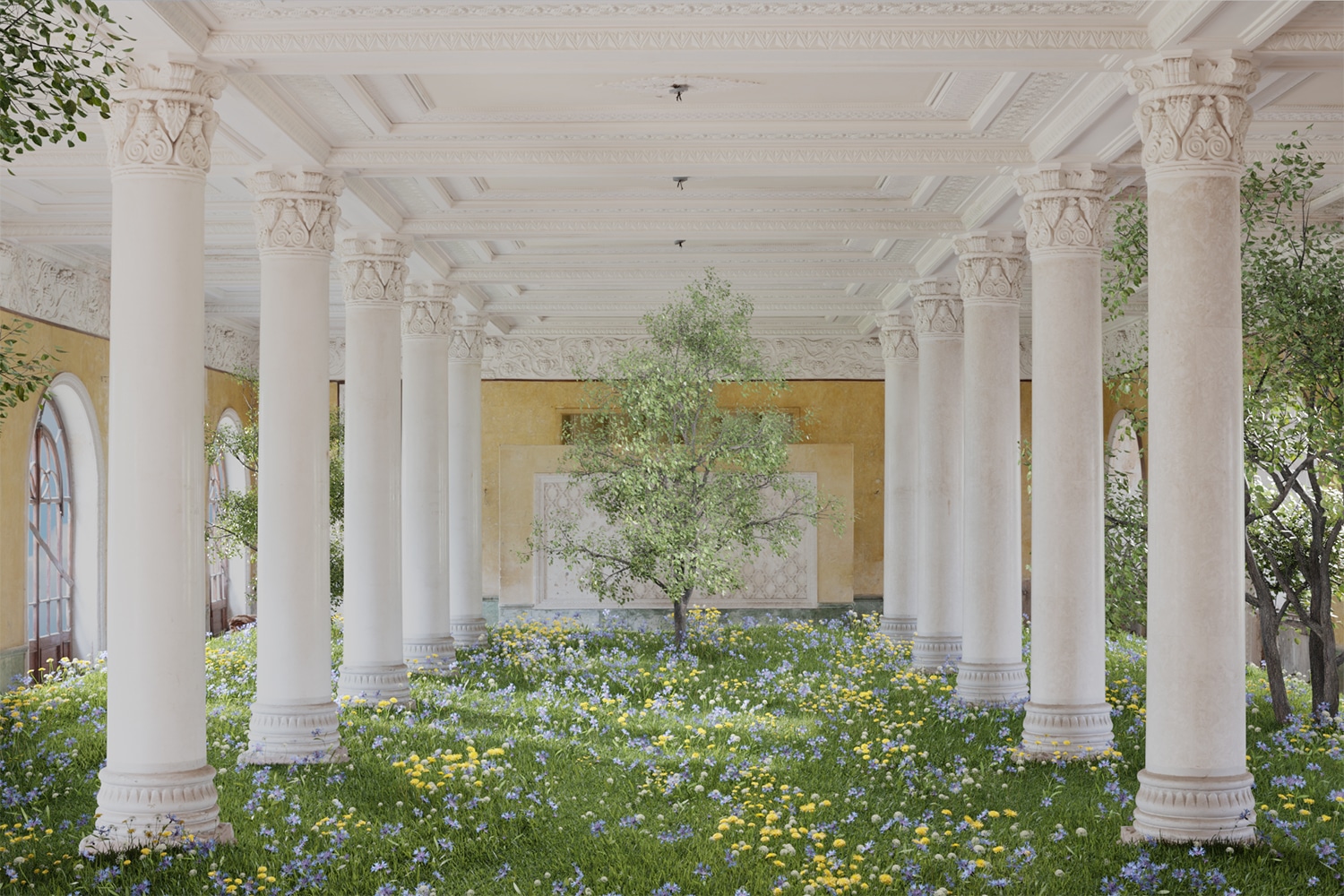 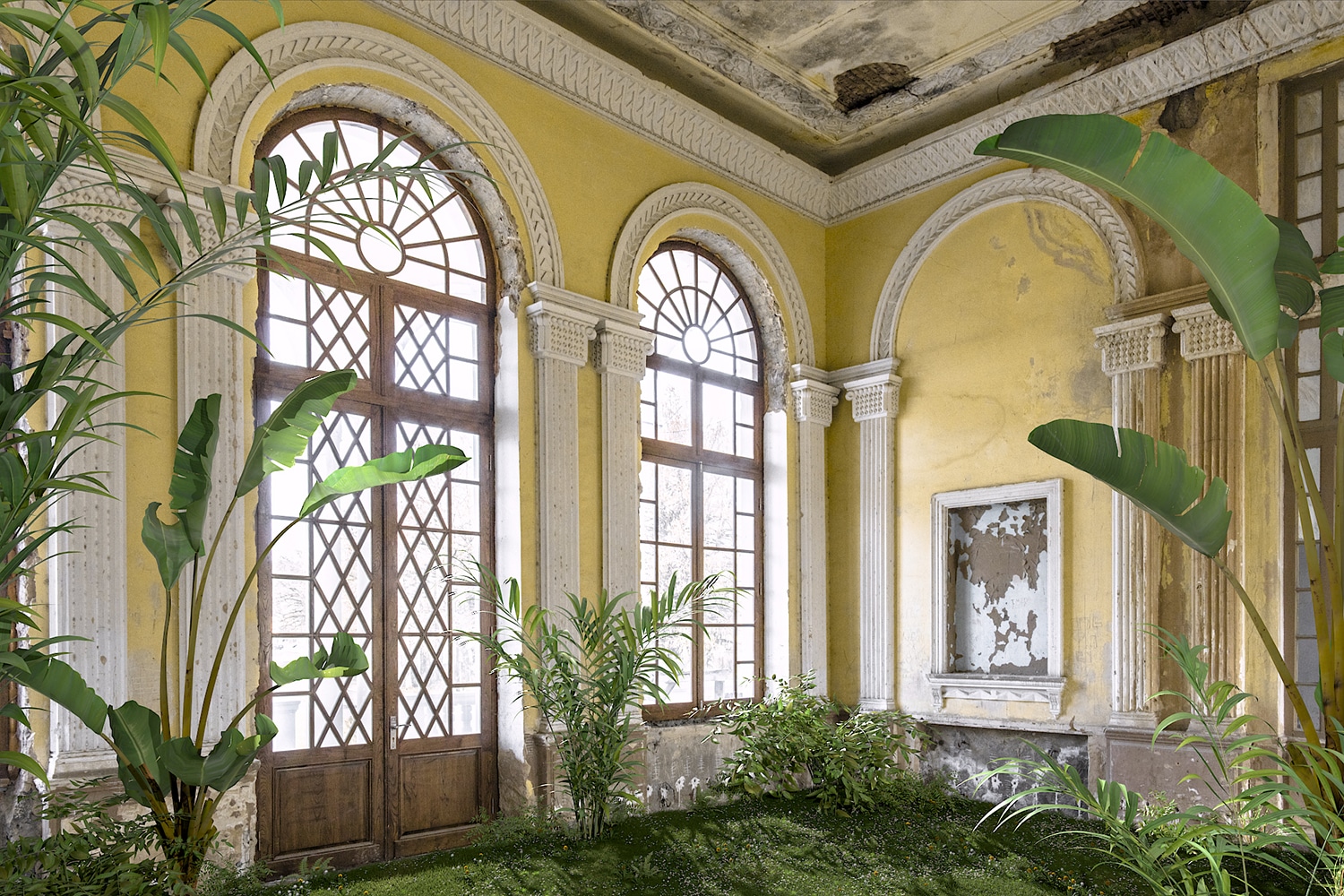 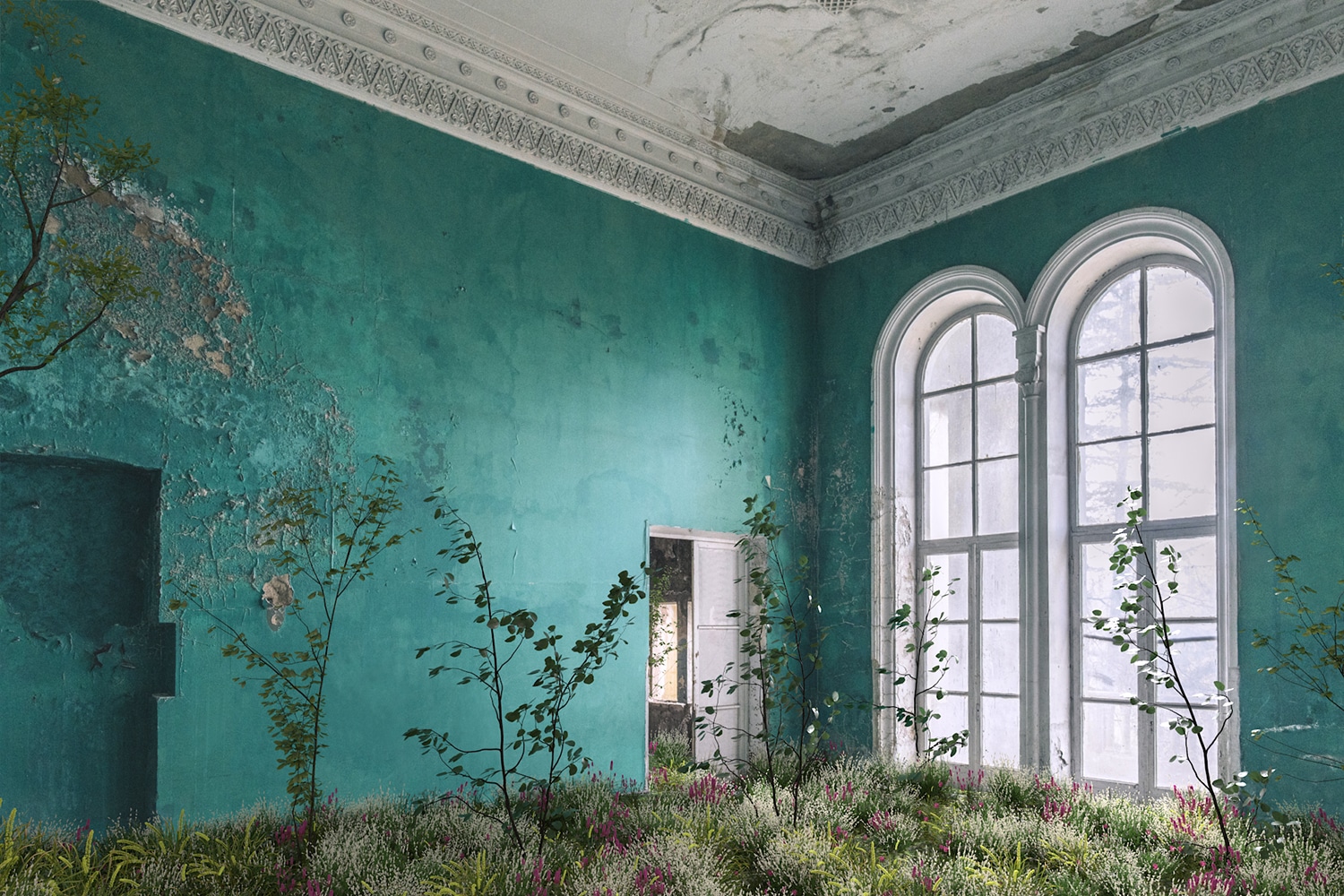 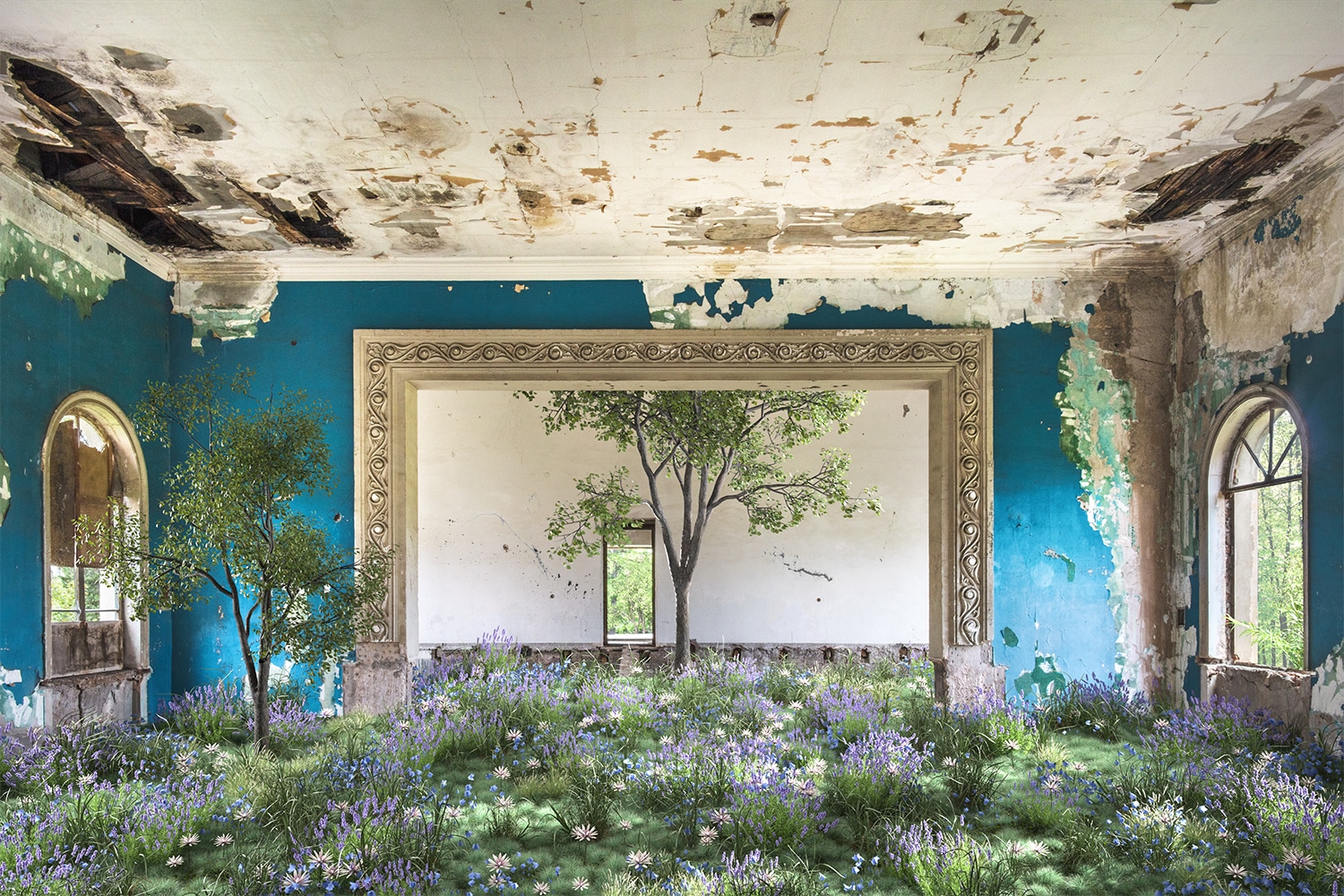 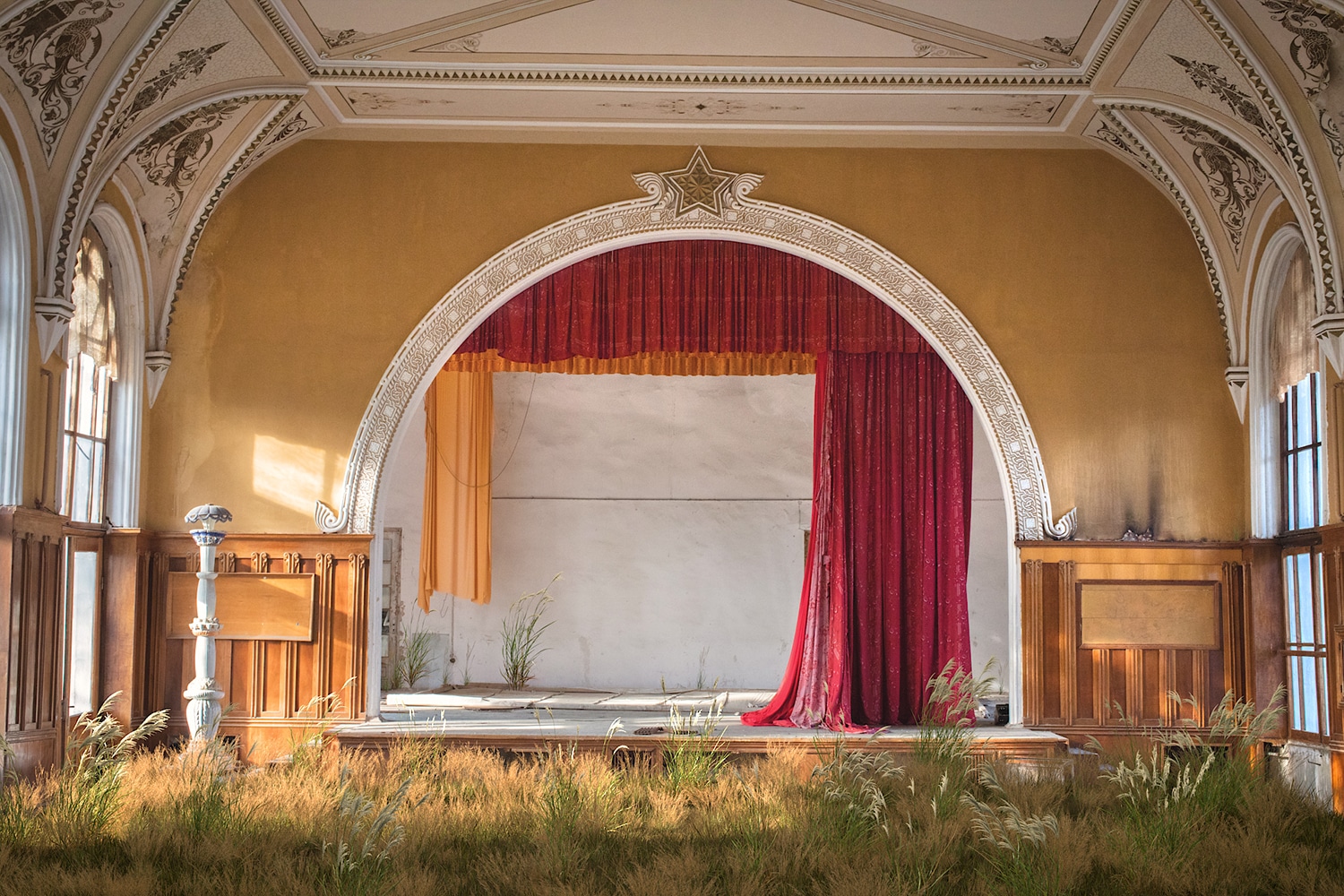 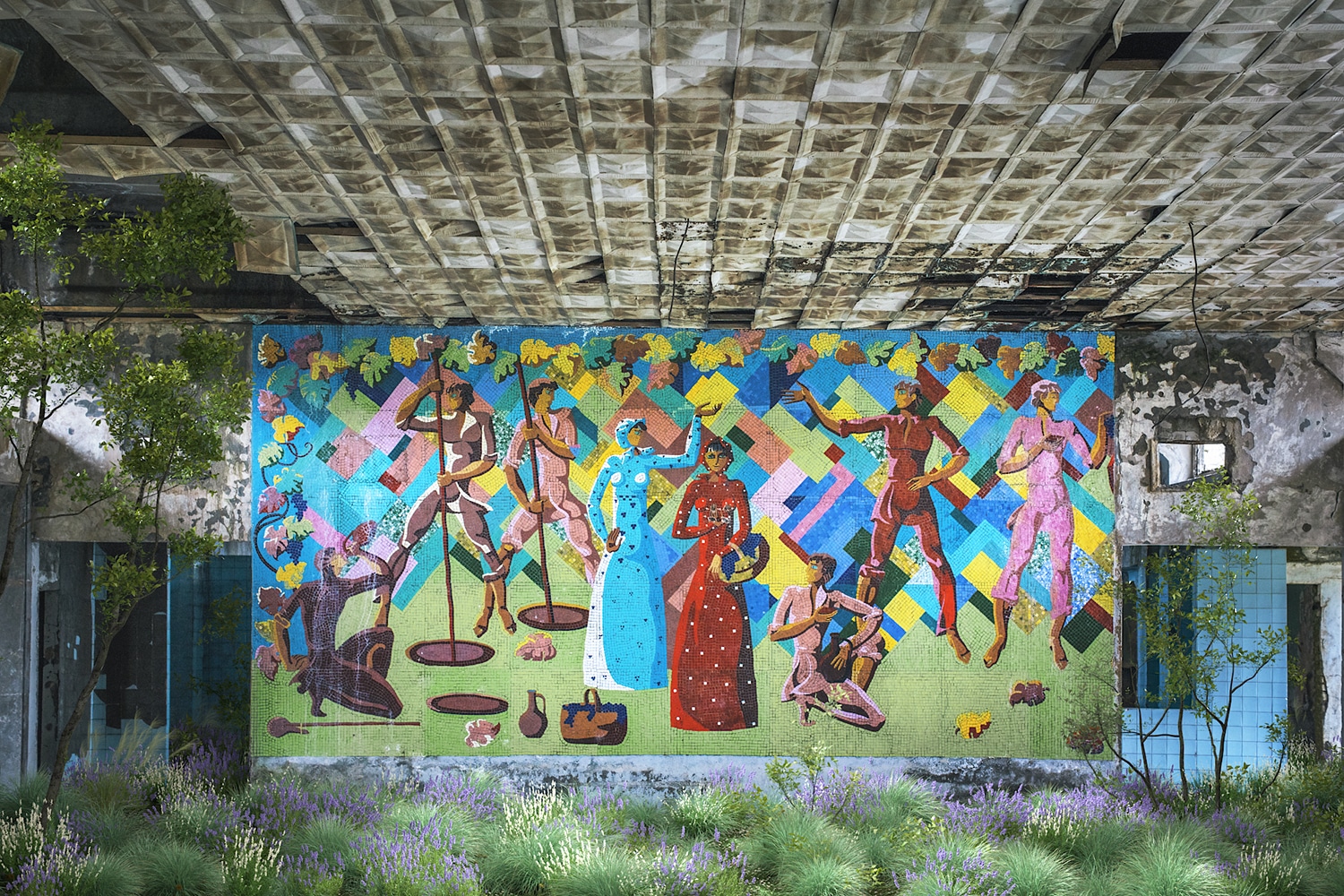 Ryan Koopmans (BA, MFA) is an award winning Canadian-Dutch artist interested in the built environment and the societies that are shaped by those environments. His book 'Vantage' published in 2020 depicts surreal structures in our world’s megacities and urban landscapes. Koopmans' artwork is collected & exhibited worldwide and been featured by WIRED, Architectural Digest, CNN, Vogue, GQ, The Guardian, Mercedes-Benz & more.

The Wild Within  |  View on SuperRare

Ryan Koopmans teamed up with Swedish artist Alice Wexell to create The Wild Within, a series that brings new life into abandoned buildings from a bygone Soviet era.

Based on real-world physical spaces, an animated rebirth into a digital realm has been created.

During the Soviet Union, the Georgian town of Tskaltubo was a popular health destination famed for its therapeutic water and luxurious sanatoriums.

Between the 1940’s to 1980’s thousands of people visited each year, including Stalin and his high-ranking officials from Moscow.

The town was renowned for its therapeutic radon-carbonate mineral spring water believed to treat an array of ailments.

When the Soviet Union collapsed, the buildings were deserted and fell into disrepair. Floors were ripped up for firewood, and the metal salvaged as scrap.

Since the early 90's, the buildings have been slowly dismantled and stripped of their valuable materials, leaving empty shells of what were once grandiose classical structures.

Koopmans visited this region over several years, exploring the ruins and photographing the spaces.

Upon returning, in collaboration with Alice Wexell, he digitally introduced vegetation, manipulated the lighting, modified the structures, and animated the scenes with the intention of reviving the empty spaces, essentially bringing life back into the rooms. With these pieces, Koopmans and Wexell aim to bring the viewer into an alternate place and time.

The results are a surreal collision between the past and future, as well as the physical and digital worlds.

Koopmans states that his aim was “ to create a sense of surreal tranquility whilst referencing the themes of urban exploration, architectural history and the resurgence of nature.”

There is also an uncanny and somewhat supernatural atmosphere reminiscent of the 1979 Soviet sci-fi film ‘Stalker’ by Andrei Tarkovsky, in the way the plants have beset the town’s mysterious architecture.

Many of the buildings depicted in The Wild Within have been demolished in recent months, further emphasizing the theme of time passing in the cycle of growth and decay.