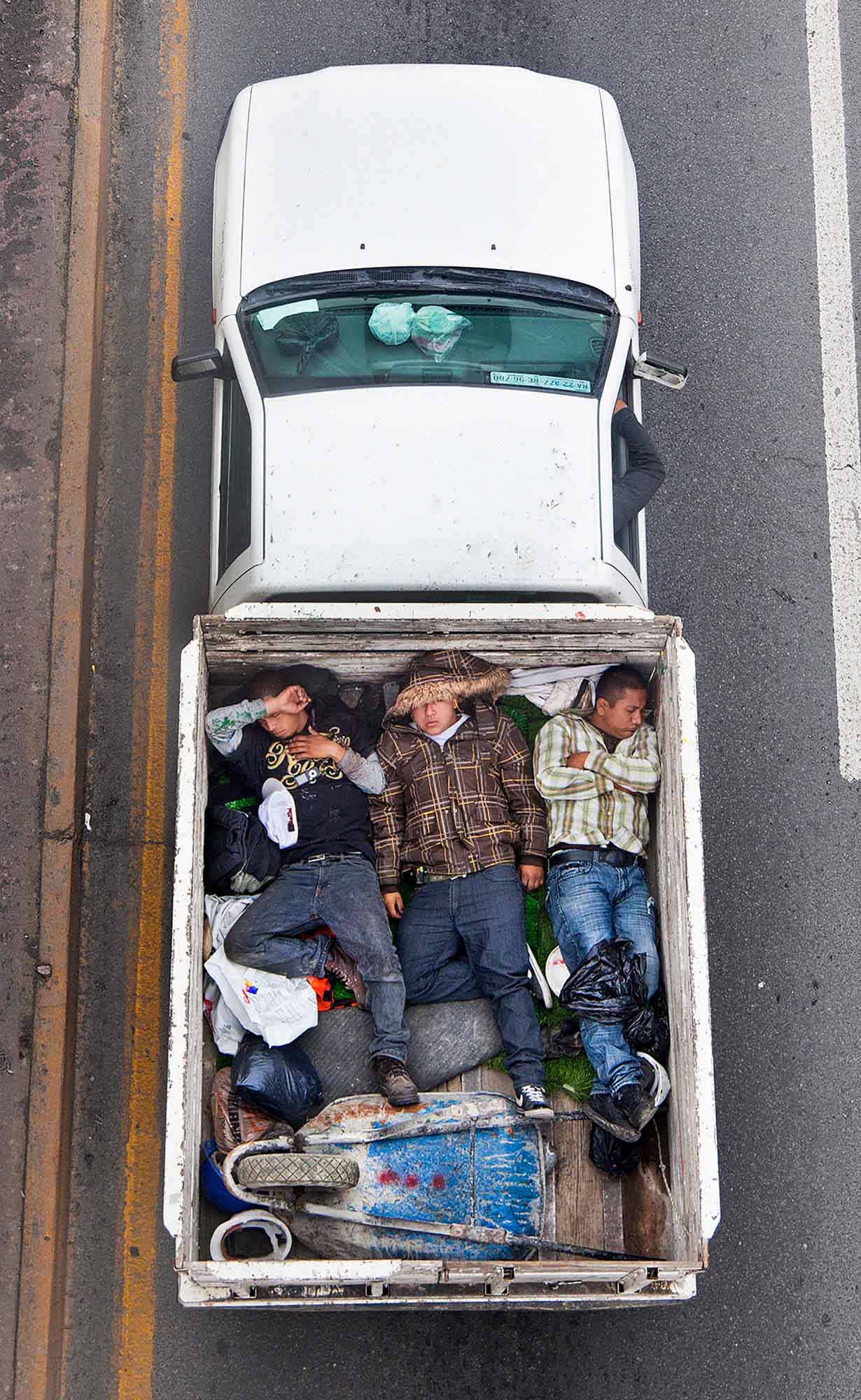 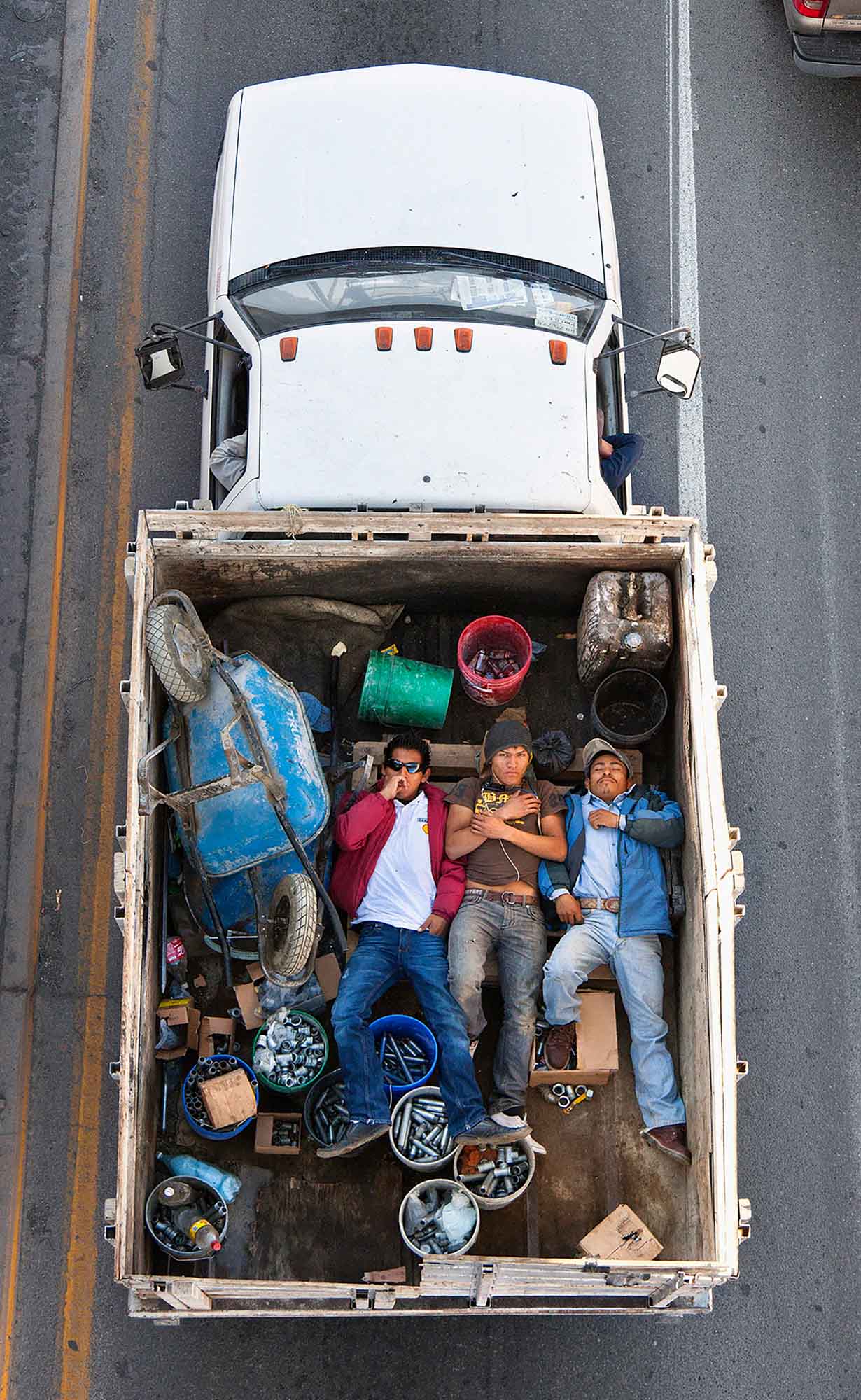 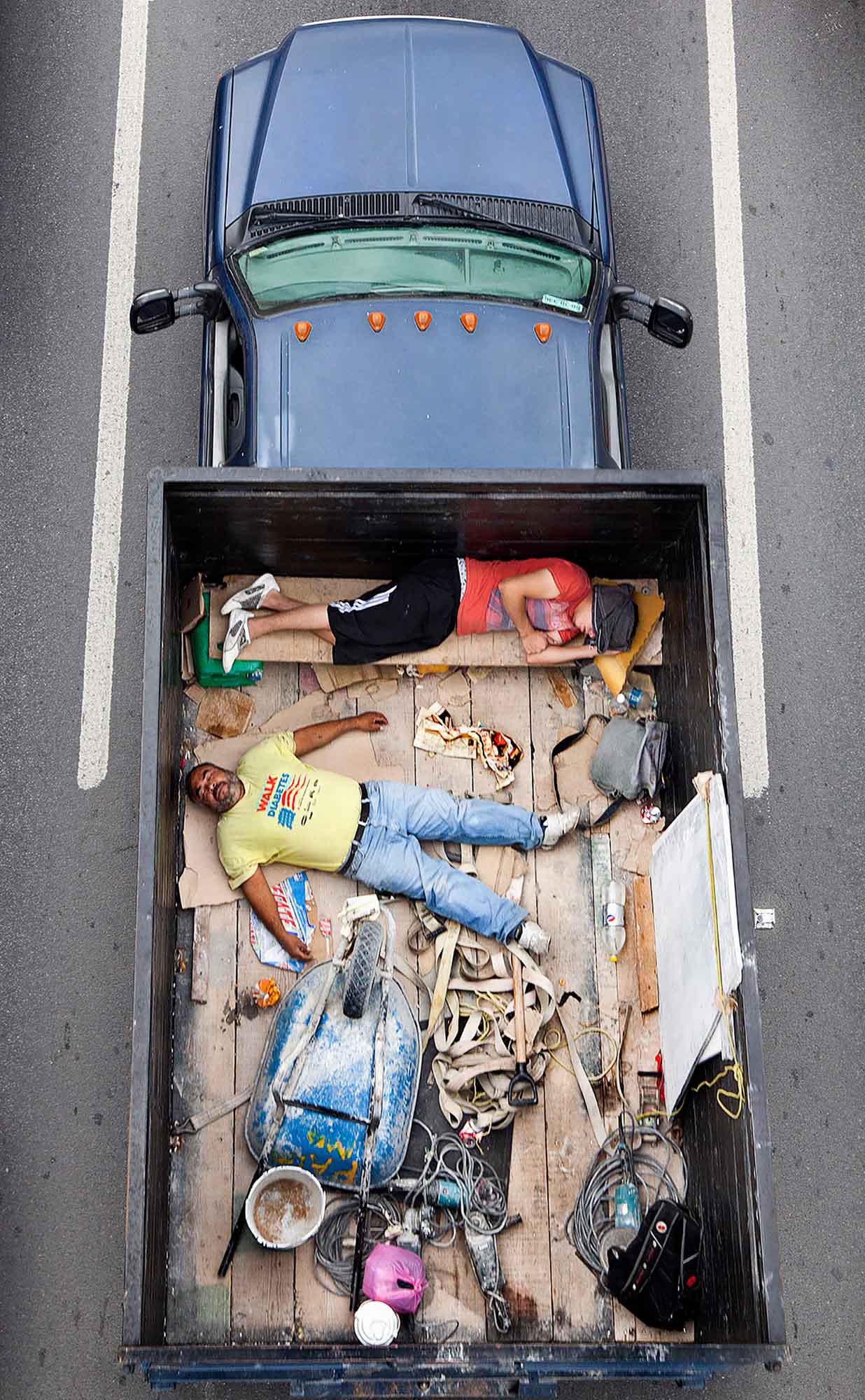 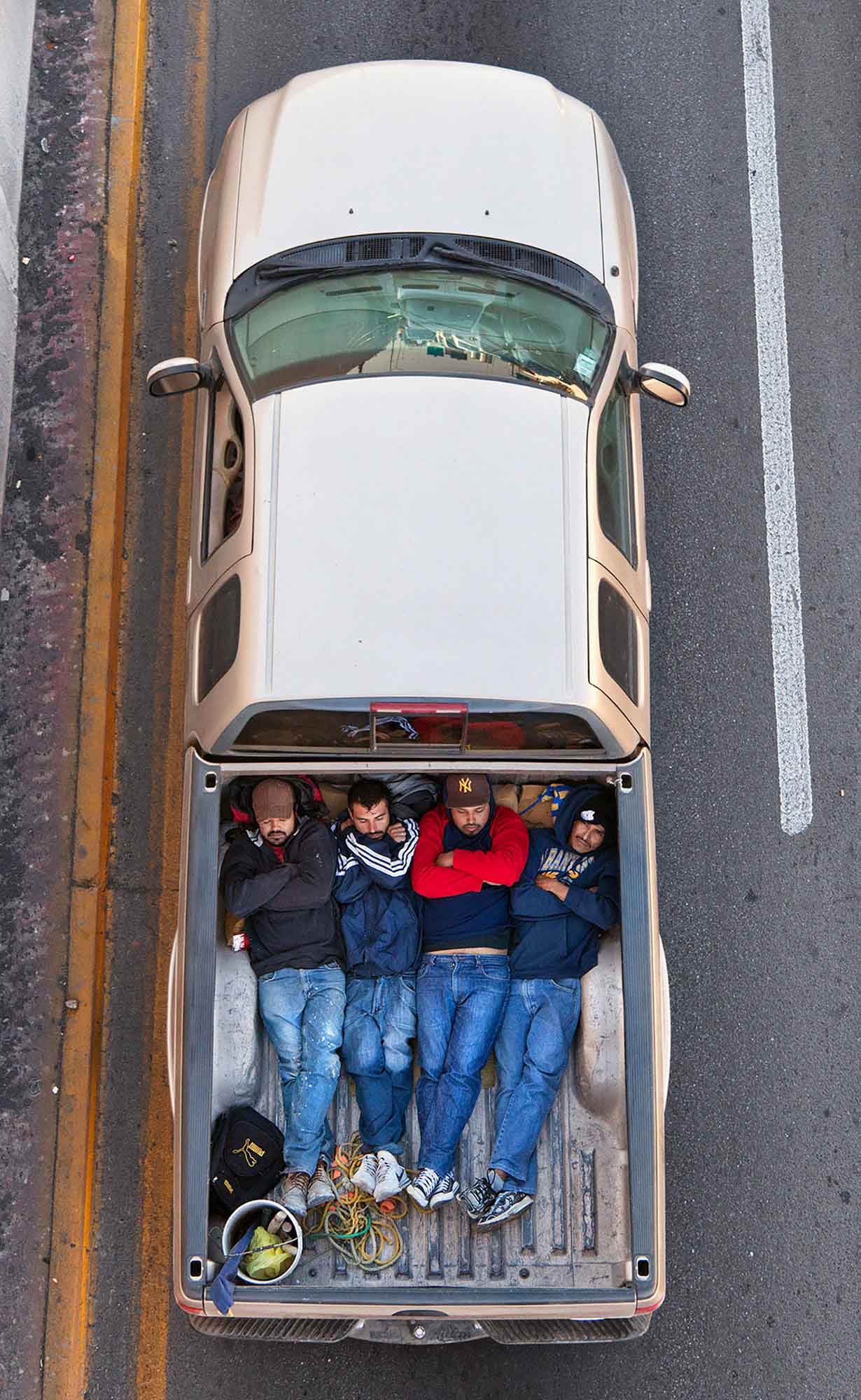 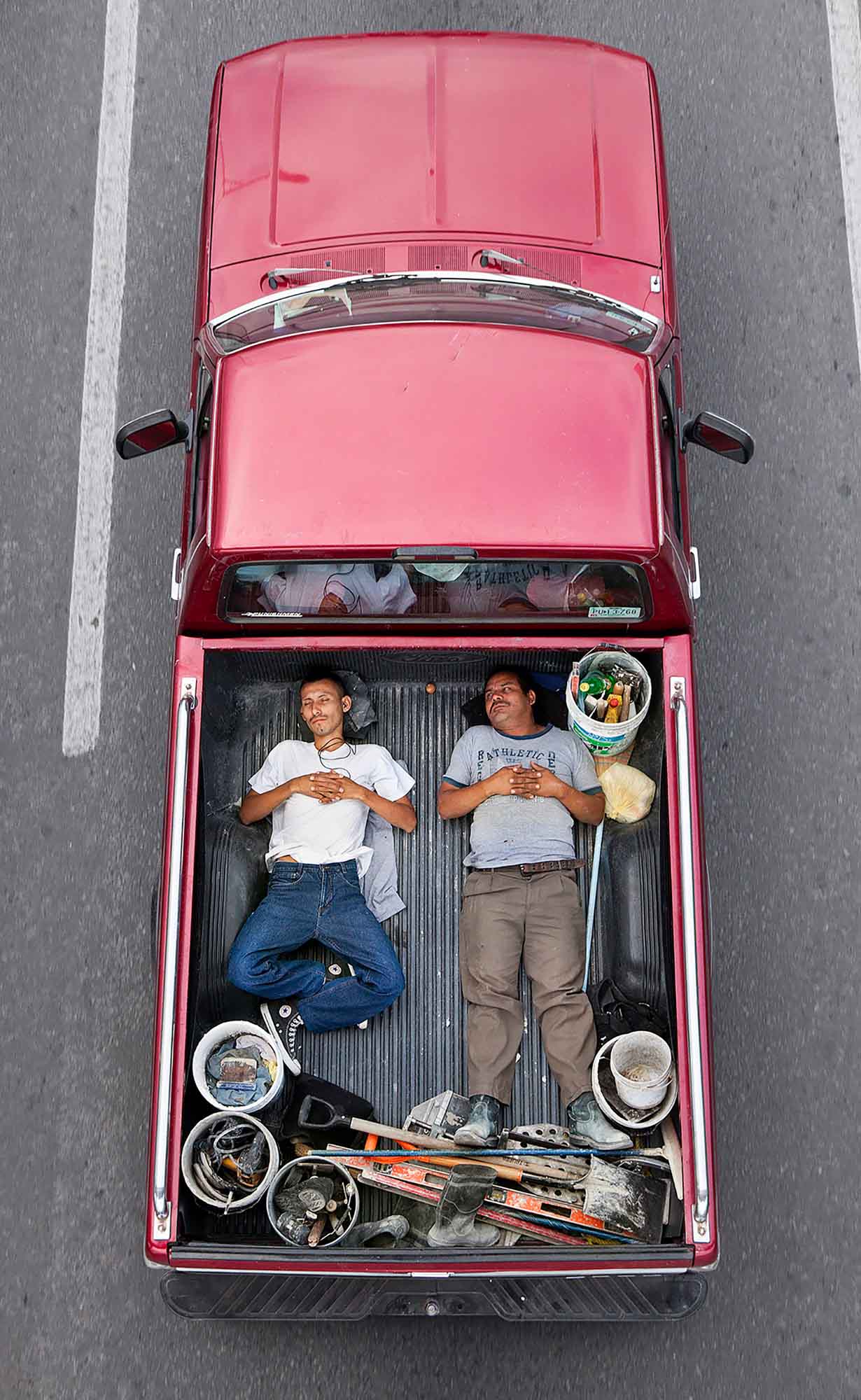 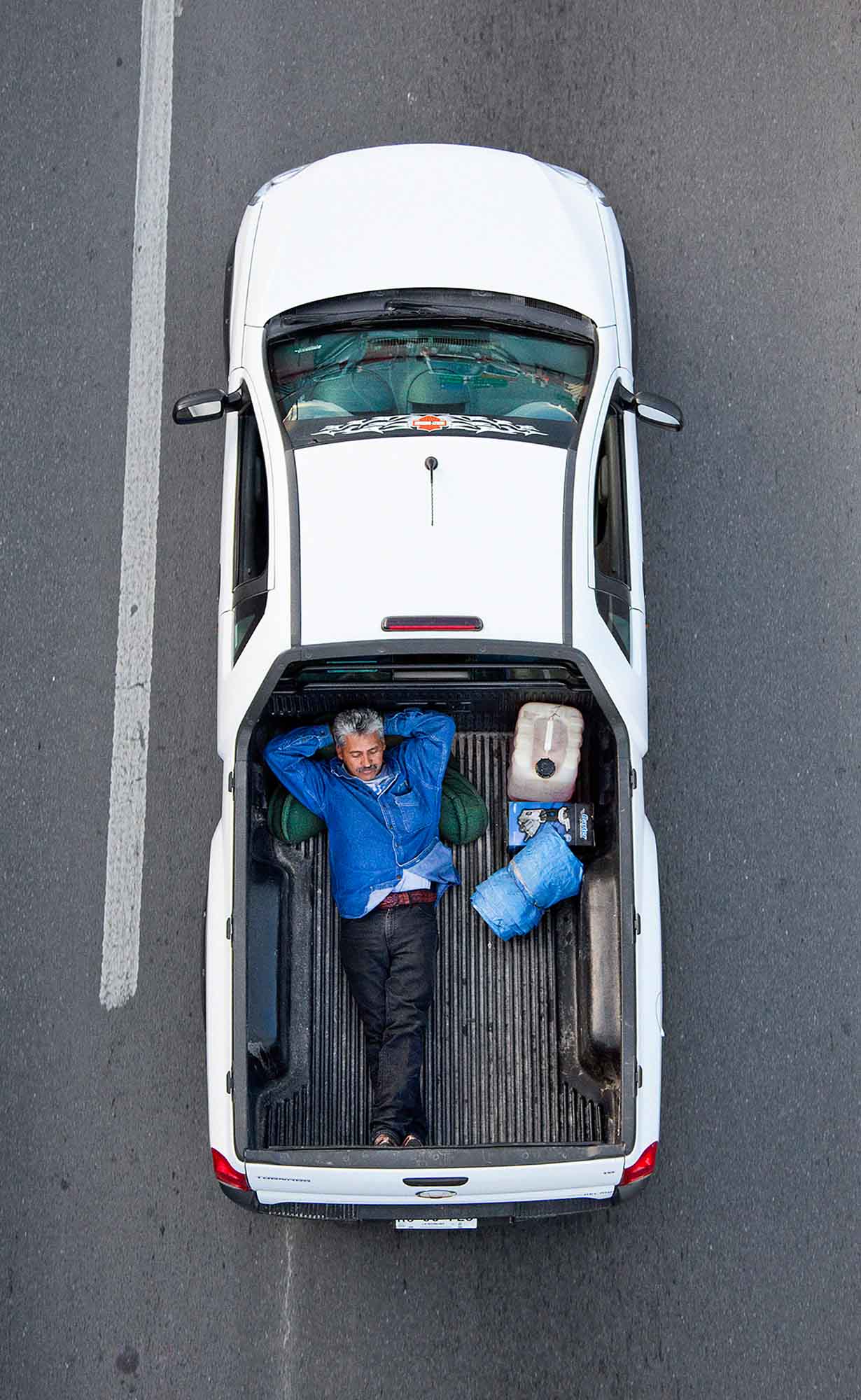 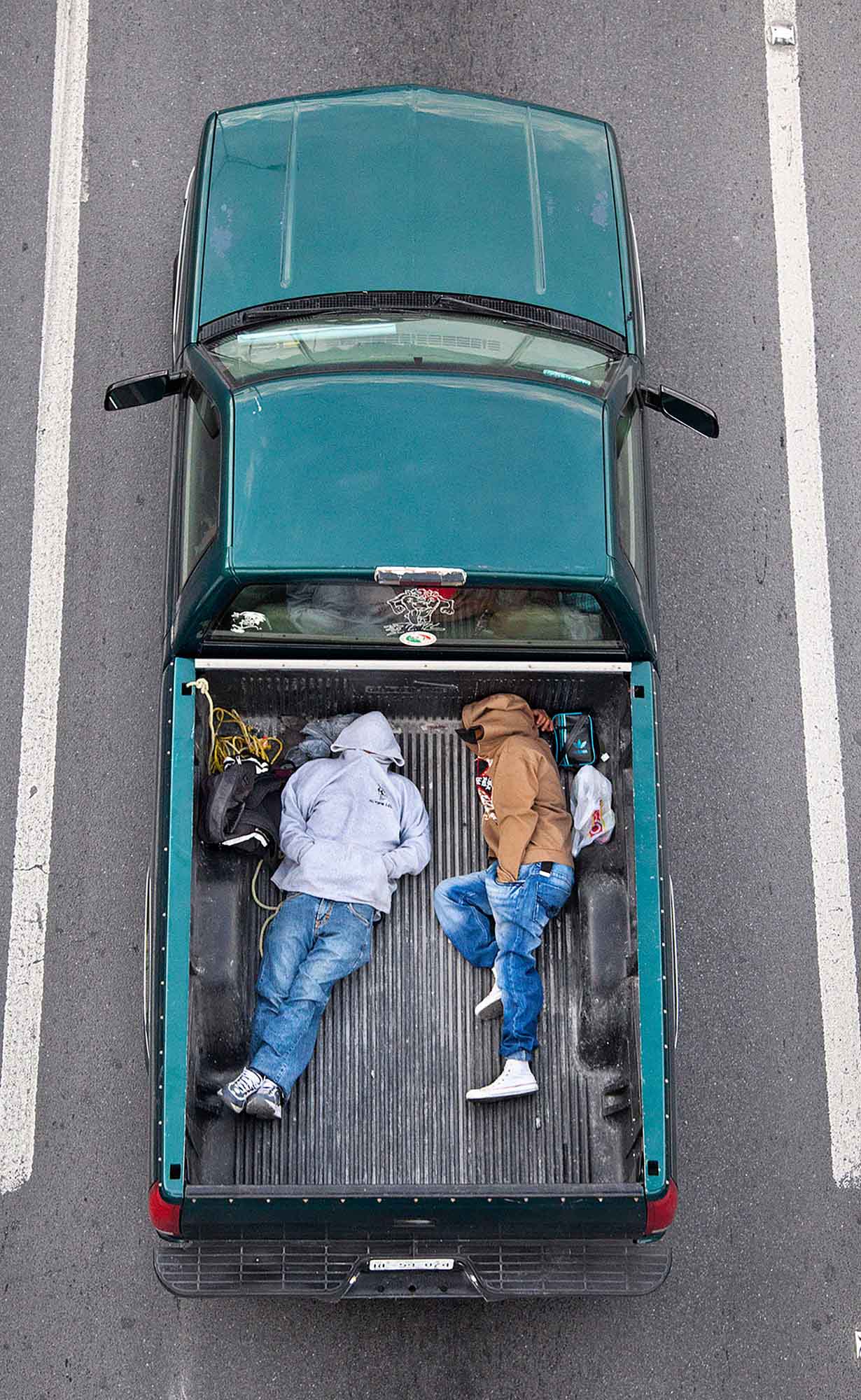 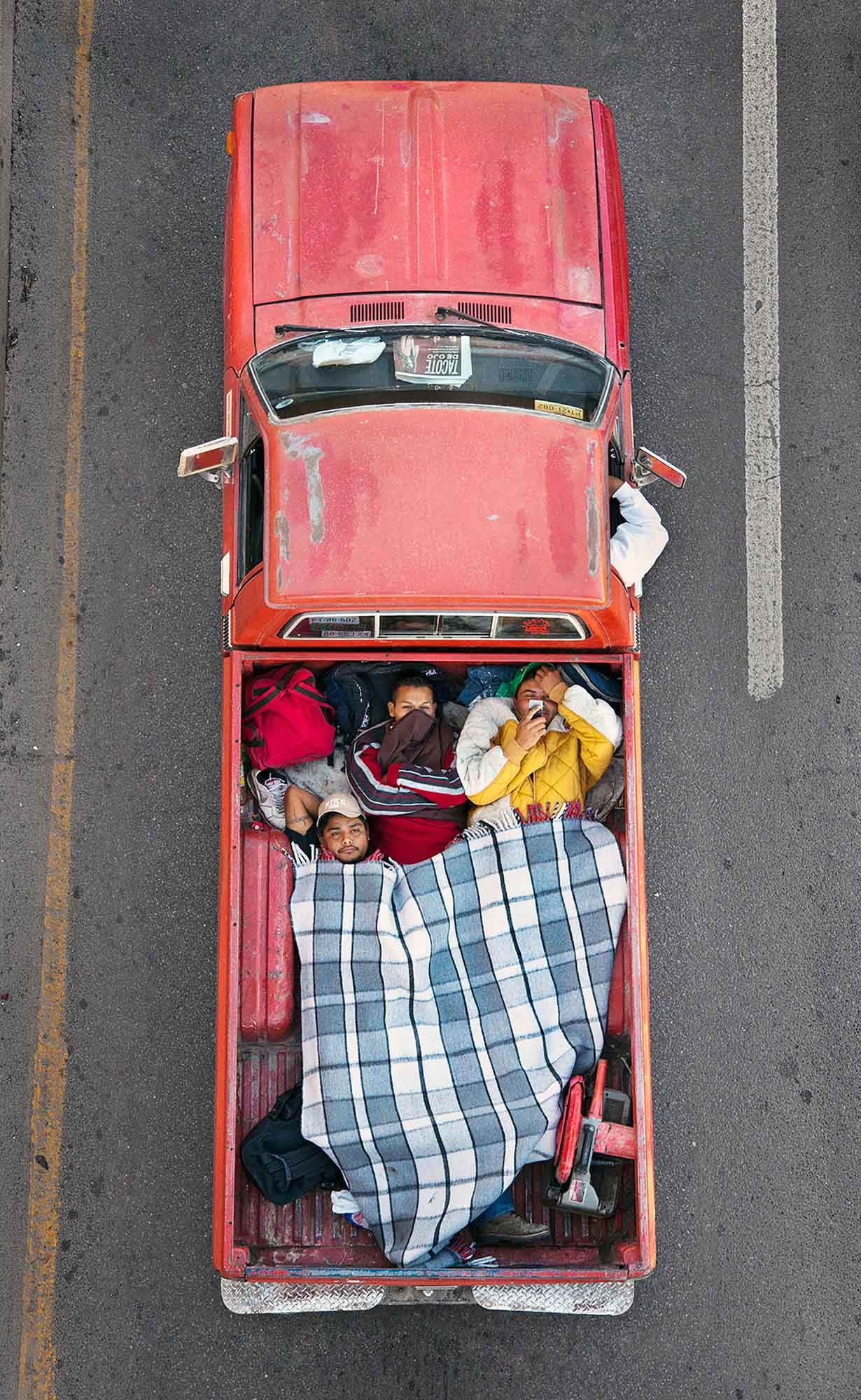 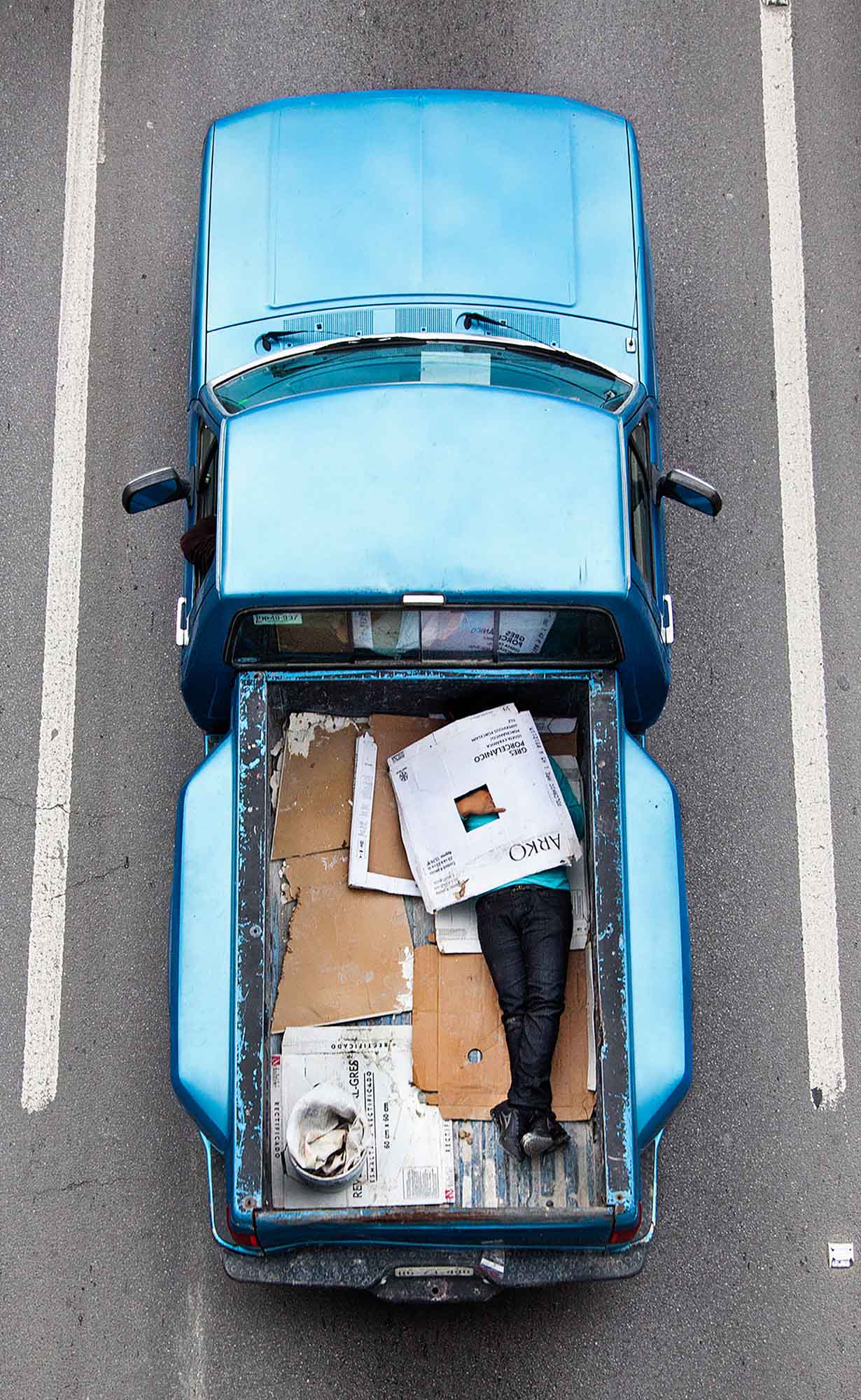 Alejandro Cartagena, Mexican (b. 1977, Santo Domingo, Dominican Republic) lives and works in Monterrey, Mexico. His projects employ landscape and portraiture as a means to examine social, urban, and environmental issues. Cartagena’s work has been exhibited internationally in more than 50 group and individual exhibitions in spaces including the Fondation Cartier pour l’art contemporain in Paris and the CCCB in Barcelona, and his work is in the collections of several museums including the San Francisco MOMA, The J. Paul Getty Museum, The Museum of Contemporary Photography in Chicago, The MFAH in Houston, the Portland Museum of Art, The West Collection, the Coppel collection, the FEMSA Collection, Museum of Fine Arts in Houston, the George Eastman House and the Santa Barbara Museum of Art and among others.

Alejandro is a self publisher and co-editor and has created several award wining titles including Insurrection Nation, Studio Cartagena 2021, Santa Barbara Save US, Skinnerboox, 2020, A Small Guide to Homeownership, The Velvet Cell 2020, We Love Our Employees, Gato Negro 2019, Santa Barbara Shame on US, Skinnerboox, 2017, A Guide to Infrastructure and Corruption, The velvet Cell, 2017, Rivers of Power, Newwer, 2016, Santa Barbara return Jobs to US, Skinnerboox, 2016, Headshots, Self-published, 2015, Before the War, Self-published, 2015, Carpoolers, Self-published with support of FONCA Grant, 2014, Suburbia Mexicana, Daylight/ Photolucida 2010. Some of his books are in the Yale University Library, the Tate Britain, and the 10×10 Photobooks/MFH Houston book collections among others.

Cartagena has received several awards including the international Photolucida Critical Mass Book Award, the Street Photography Award in London Photo Festival, the Lente Latino Award in Chile, the Premio IILA-FotoGrafia Award in Rome and the Salon de la Fotografia of Fototeca de Nuevo Leon in Mexico among others. He has been named an International Discoveries of the FotoFest festival, a FOAM magazine TALENT and an Emerging photographer of PDN magazine. He has also been a finalist for the Aperture Portfolio Award and has been nominated for the Santa Fe Photography Prize, the Prix Pictet Prize, the Photoespaña Descubrimientos Award and the FOAM Paul Huff Award. His work has been published internationally in magazines and newspapers such as Newsweek, Nowness, Domus, the Financial Times, The New York Times, Le Monde, Stern, PDN, The New Yorker, and Wallpaper among others.

The 50 Carpoolers  |  View on Foundation

These photographs are part of my series, Carpoolers, which depicts laborers in México captured from an overpass, commuting between distant suburbs and urban centers. Like much of my work, this project comes from a desire to tell the story of the dramatic environmental, economic, and demographic changes playing out in my home city of Monterrey. This series has circulated the internet since 2011 and has been exhibited widely around the world. These pieces are part of a collection of 50 works.

During the first 10 years of the 21st Century, Mexico put forward a housing project that resulted in the construction of hundreds of thousands of homes around my hometown of Monterrey. These are the representations of the fragmented cities that were built. These are the homes of The Carpoolers. All images were done with medium and large format film cameras from 2006 - 2010.